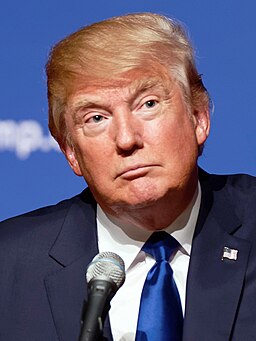 To be clear, this is not what I want to see happen to our nation's health care system; it is only what I think is the most optimistic possible outcome based on the current political climate and the statements Donald Trump has made. What I've laid out below is the best Obamacare replacement plan that I think would be politically feasible and still largely consistent with Trump's principles/statements. The one small silver lining is that Trump’s statements on health care have been consistently to the left of most top Republicans.

Under this plan, states would have much wider latitude for how to design their Medicaid program and get federal funding as long as they provide some form of coverage to most of the people under the poverty line. This does two things. It allows Republicans to claim the moral victory that they went with a “state-based approach.” It also means they avoid the political problem of kicking people off their current insurance. The ACA's Medicaid expansion has been responsible for the bulk of the people who gained coverage from the ACA, and the insurance industry is not really interested in having these people as customers.

To sweeten the deal for the GOP, the plan could halt federal funding for K-12 education and instead use that money to pick up more Medicaid costs. This would give states more freedom to set up their own education policies. It would also allow the GOP to say they gutted the Department of Education and reduced federal meddling in education.

There are two easy ways to lower the cost of insurance on the individual market. One is to offer subsidies, like the ACA does, while the other is to remove the sickest (i.e., costliest) people from the market. A small percentage of the absolute sickest people account for most of the health care spending. There are a few ways to remove these people from the pool.

The Trump plan could place everyone with, say, the 10 most expensive conditions into a new, heavily subsidized, state-based “high risk pool” program. Or it could give these young, very sick people access to Medicare. There is precedent for this. Currently, regardless of your age, if you have kidney failure you can qualify for Medicare. Or the plan could say that if a person's total health care spending exceeds $X, they are “effectively poor” and thus eligible for Medicaid while getting to keep their current income. Alternatively, the Trump plan could offer a new government super-catastrophic program that would pay for anyone's medical bills once they go over $200,000 a year.

This might not save money overall, but it could if it moved the sickest people to cheaper government programs like Medicaid/Medicare that pay lower reimbursement rates. Mostly, though, it would reshuffle money that was being used for direct ACA subsidies into more indirect subsidies. The political benefit is that it would technically reduce the offical premiums on the individual market, giving the GOP a great talking point.

The Trump administration could create minimum federal standards for what insurers must cover, and if they meet these standards they can sell in any state. The standards would likely be stingier than the ACA's, so this means worse plans but also lower premiums. Picture something like catastrophic coverage with HSA's. This will let the GOP claim they brought premiums down and created competition.

Rather than income-adjusted subsidies as they do now, everyone else on the individual market would get a flat tax credit to buy private insurance. These tax credits could only be used for plans that meet the new, more lax federal minimum standards.

The plan would also get rid of the Healthcare.gov site. People would just shop for health insurance like they do for homeowners or auto insurance. This would give the GOP a clear way to illustrate that they killed “Obamacare.” Replacing the highly structured ACA subsidies with a simpler flat tax credit will eliminate the main need for the website.

The individual mandate was the least popular part of the ACA, buts its function of encouraging healthy people to sign up for insurance can be replaced with other, less politically toxic options. One is automatic enrollment. The plan could automatically sign people up for the lowest price option in their area if they fail to choose a policy on their own. People could always choose to opt-out, but people are lazy.

The plan could also have a back-premium penalty. If you sign up after the open enrollment period or end up in the hospital without coverage, you'd be forced to pay several months of back-premiums to your chosen insurer.

The result of all of these policies would be a health care program similar enough to the ACA to prevent a broad political backlash of millions becoming uninsured. At the same time, it looks different than the ACA, appears more state-centric and friendlier to "free market" forces, potentially appeasing the Republican party.

You would see worse insurance policies on the individual market but also likely lower premiums. You might see slightly fewer people with what counts as “insurance” but not enough that it would be a major disruption resulting in thousands of bad headlines. Many people would probably end up with insurance they can’t really afford to use, but that is already a problem under the ACA.

This is, of course, the best case scenario. The worst case is the GOP destroys most of the ACA without any replacement, turning a bad system into a hopelessly crippled system dying under its own weight. The result would be millions losing Medicaid, millions losing insurance, and a market made into an even bigger mess.
Posted by Jon Walker at 7:57 AM