There are no interesting moral or legal questions around cloning 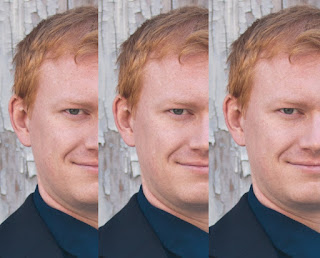 Cloning is a subject that has received a fair amount of attention from the media and in fiction over the years, but it is remarkably boring from a legal and moral perspective. There really are no big unresolved legal or moral questions around the issue of possible human clones.

Cloning is simply producing a child with the exact same genetics as someone else. Thankfully, we already have clear legal precedent about how to treat people with the exact same genes as another person. Such people have existed since the beginning of humanity; we call them identical twins. Our legal system doesn’t claim identical twins have only half the rights of regular people or that one gets all the rights and the other is a nonentity. They are just both humans with all the same rights. Similarly, all major religions and moral movements see identical twins as two individuals with the same moral value as any other person. Logic dictates a cloned person would similarly just be a person with all the same rights and moral value as anyone else. So making clones to harvest their organs like in movie The Island would be just as illegal and morally reprehensible as raising regular children for the same reason. The only potentially unresolved legal questions around cloning may be issues of inherentice.

Most of the truly interesting or morally perplexing stories that involve human cloning are only interesting because they are really about other theoretical technologies -- like speeding up the aging process so a person skips childhood, moving memories/consciousness between bodies, or growing a body without a brain. Unfortunately, popular culture has often closely associated these other theoretical technologies with cloning, but they are completely separate issues. They possess basically the same more questions, with or with cloning involved.

An example of these theoretical technologies can exist completely independent of cloning is the new movie Self/Less. The moral problem of the movie comes from the ability to transfer an older person’s consciousness into a younger person. Whether that younger person happens to have your exact same genes or is a stranger is immaterial from a moral perspective. Similarly, the true moral problem with a machine that just spits out fully-formed adult soldiers (likes those in Star Wars: Episode II Attack of the Clones) is really the same regardless of whether the fully formed soldiers are technically clones or each of different genomes. The same goes with growing a mindless humanoid for organ harvesting.

The question of how we should legally or morally treat humans that are clones is an easy one, since we effectively already answered it centuries ago. It is all the other technology that is really interesting.
Posted by Jon Walker at 9:35 AM No comments:

You are never going to get your flying car

I have bad news for you. You obviously don’t have the flying car you thought the future would bring, and you are never going to get one. The reason is that if we ever develop the technology needed to build a flying car, that would make it unnecessary.

Flying cars would only be possible if we developed truly perfect self-driving/flying automatons. Otherwise, it would be way too difficult, time consuming and dangerous. For comparison, a commercial rotorcraft license requires over 100 hours of practice, and things would be even more difficult if there weren't so few helicopters in the air at any given time. It would be dramatically more difficult if there were millions of other flying cars crowding the sky.

Most importantly, letting people fly cars would be insanely dangerous. In 2013 there were 5,687,000 automobile crashes in the United States, and of those, 1,591,000 resulted in injury and 30,057 were fatal. While that is still way too many deaths, most serious car crashes result in only broken bones. On the other hand, imagine the most common outcome of two flying cars crashing into each other at high speeds. They would instantly become metal death traps raining destruction on anything and everyone below. Travel deaths would skyrocket without perfect self-steering technology.

Yet if we have perfect self-steering technology, terrestrial cars would improve so much that flying cars wouldn't be worth it. With such technology we could outlaw human drivers, solve most traffic problems and allow cars to swiftly drive on the highways at speeds over 110 mph. By comparison, a Robinson R66 helicopter's cruising speed is 144 mph. For most traveling, the time saved from having a flying car instead of a perfect self-driving car would be minimal and not worth the numerous downsides.

Furthermore, it is a simple fact of physics that vertically lifting something up into the air will always take way more energy than rolling it along the ground. Flying cars, like helicopters currently, would be way less fuel efficient. They would also require strong engines with more complex systems (and thus would cost more), need more frequent maintenance since the consequences of malfunction in the air are far more significant, and also probably be more expensive to insure.

Barring the development of some new gravity-controlling technology, most people will never own a flying car. A few rich people might, but they basically already do since they have helicopters.
Posted by Jon Walker at 7:57 AM No comments: Military contractors are adding the sound effects from old sci-fi movies and television shows to their laser weapons. While laser weapons are for the most part naturally silent, you want a way for operators of these weapons to know they are on. Not knowing your laser weapon is currently firing can be very dangerous to the user. It makes sense to use a distinctive noise that people already associate with laser weapons, like the “pew pew” sound first heard in B-movies.


This means that people who criticized sci-fi movies for giving their laser weapons sound were thinking too narrowly. While the physics of the laser weapon don’t make these noises, these weapons will in the future make them as a safety measure.


This is not the first time sci-fi has created a self-fulfilling prophecy for sound or visual effects, and it won’t be the last. Rocket launch countdowns were first used in sci-fi movies as a way to visualize or provide a dramatic sound effect for the concept of merely waiting for a launch, decades before the idea was adopted by NASA.


As technology makes our world more digital and less filled with natural mechanical noise, I suspect we are going to look to movies for even more inspiration on what effects we should add to indicate something is actually working. After all, movie production companies have always been experts at giving the silent a seemingly appropriate sound, at making the invisible visible, at creating a way to see an abstract concept. That is their job.


Perhaps in the far future if we ever build a warp drive, whenever it is activated the ship’s monitors will display white streaks like in Star Trek. Even though the actual view would be complete blackness, it is a quick and obvious way to indicate to everyone on board: remember, you are in warp drive.

*By Joost J. Bakker from IJmuiden (Space Pilot X Ray GunUploaded by Oxyman) [CC BY 2.0], via Wikimedia Commons
Posted by Jon Walker at 7:50 AM No comments: The self-driving vehicle revolution will truly start with trucks and not cars. The main reason is that self-driving semi-trailer trucks don't need to solve the last mile problem to cause a dramatic industry change.

The big problem with all current self-driving vehicles is complicated city driving. While highways are well-mapped, well-paved, predictable, and among the first roads to be plowed, urban environments are much more chaotic. Jaywalkers, four-way stops, bicycles, etc. are what self-driving vehicles have the most trouble with.

A car that can drive itself on the highway but can't actually get people to their home, hotel, or restaurant without help would be only an incremental improvement, not a game changer. It makes individual driving easier but doesn't allow for something like a fully automated taxi service. On the other hand, a truck that can only drive itself on the highways would be a real game changer. While the technology is not quite there yet, it likely will be soon.

Many factories, warehouses, and distribution centers have already been built right next to the highways. Self driving trucks will probably soon be able to handle these type of routes on their own. In addition, for self-driving trucks that need to finish their long route inside an urban environment, companies could redesign their logistics so human drivers are only used for this final stretch. Picture large parking lots right next to the highways outside the cities. The trucks drive themselves to these lots and a team of local truck drivers waits there to drive them the last few miles.

Trucks also cost substantially more than cars and are driven significantly more miles. This means the benefit-to-cost ratio of adding a self-driving system to a truck is much higher. Paying an extra $10,000 so your personal car can drive itself on the highway is a big expense for what is mostly a convenience. On the other hand, a trucking company that pays an extra $10,000 for a similar system will quickly make that investment back with improved fuel economy and reduced personnel costs.

There are roughly 1.7 million heavy and tractor-trailer truck drivers in this country. Self-driving trucks that could only handle highways would still be able to eliminate or dramatically change a huge portion of these jobs. Unlike cars, self-driving trucks don't need to be perfect before they will cause a real paradigm shift.