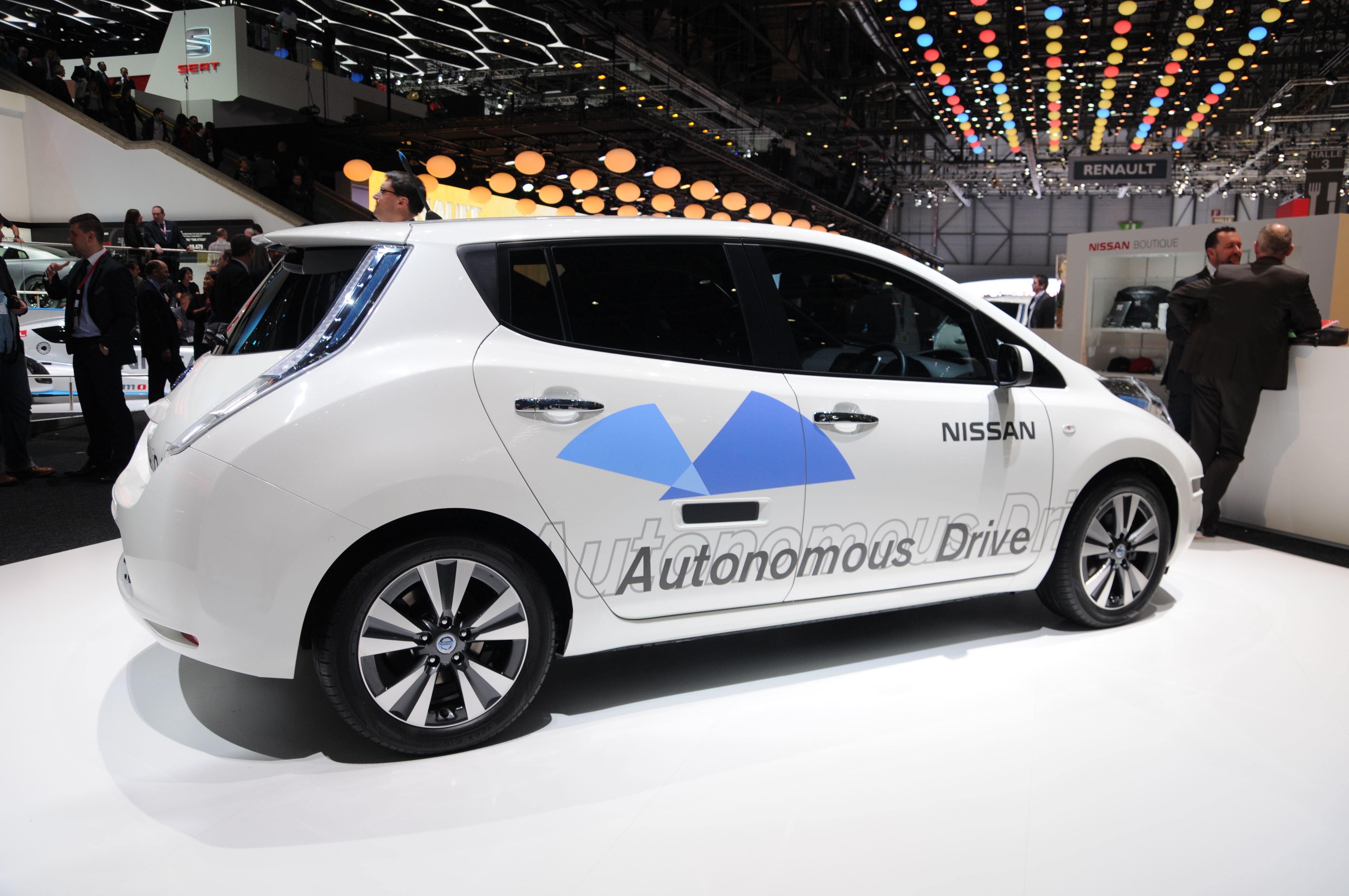 Until now, I haven't paid much attention to Uber's business model, but this article made me think about it, and the entire company's future seems to be built on two very big ifs. I have trouble seeing both of these ifs breaking their way.

Uber isn't making any money with its current business plan. In fact, it is losing money at an alarming rate. It lost $1.27 billion in the first half of this year. The company is not charging nearly enough to be able to cover the cost of their human drivers, the biggest expense at the moment. What Uber is doing now is completely unsustainable, but their plan is to burn through a huge amount of money to grow quickly and make money later.

The problem is that the main way Uber plans to make money later, apparently, is by replacing its drivers with much cheaper self-driving cars. For this to work, though, two big things need to go Uber's way.

1) True self-driving cars need to be developed fast enough that regulators will let them travel without human supervision before Uber runs out of cash. So far the technology is looking promising, but there are reasons to be skeptical.

Uber is probably getting some great data about millions of people's travel patterns, but that data isn't unique. Obviously map programs like Google maps, as well as apps that are almost always on like Facebook, probably have a decent or even better body of travel data to draw from.

It seems Uber's plan is to lose billions mainly so at some point in the future people will automatically think of them as "the ride app." My question is: do you think all this will beat Google, Apple, or Samsung just deciding to include their own default ride app on their new phones? It is possible, but it's a big if.

In poker terms, Uber seems to be betting billions on the flop hoping they can pick up two spades on the turn and the river to make their flush. That is normally considered a fool's bet. The fact that there is so much money in Silicon Valley willing to get behind such bets should raise wider questions. 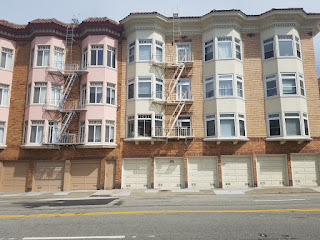 San Francisco has a housing affordability crisis which could be solved by building a lot more large apartment buildings, but the political dynamics prevent that from happening. Currently the laws and political dynamics prevent most development that changes the size of buildings, their historic appearance or building heights in the city. There is, though, a large quantity of already existing ground-level space in the city that could be used for housing: the city's abundant street-level garages. 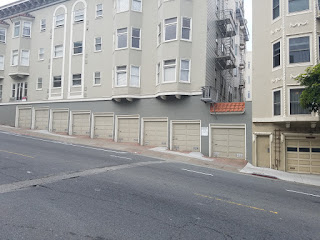 San Francisco is full of ugly street-level garages - numerous streets dominated by big, blank, boring garage doors. Many of these could be turned into attractive new street-level apartments without significantly changing the height, character or general appearance of the neighborhood.

At the moment this isn't really an option because even in a highly walkable city, people want their cars. Current residents in these buildings don't want to give up their garages for conversion, and even if they did, they likely wouldn't legally be allowed to, thanks to opposition from neighbors who wouldn't want to make it harder to find "free" street parking.

The development of very cheap, always available self-driving taxi services will likely change this dynamic, at least in dense cities. These services will make personal car ownership --which comes with the need to find a place to park your car the 90% of the time it is not in use-- far less appealing. The fewer people who own cars, the fewer who will want to waste very valuable space for storing cars.

San Francisco has 379,597 housing units. Even if just 10% of all housing units (37,900) have existing ground-level garages that could be converted into apartments, that would still be a significant increase in the housing supply. By comparison, in 2014 the city had a net increase of only 3,514 units.

The arrival of self driving taxis can't be stopped

There is no stopping self-driving taxis -- soon they will be on the streets in Singapore. From the BBC:


The driverless cabs could reduce an average $3-a-mile ride to 90 cents, the firm said.
Initially, the cars will have drivers, ready to take over if the system fails but the plan is to gradually phase the human out in 2019.
The small fleet of six Audi vehicles will travel along a 3.5 mile (5.6km) route in One North, a business district in the city.
By 2019, the plan is to have fully autonomous cars without steering wheels but they will only be tested with a "controlled group of people," according to the firm.


The article makes it clear self-driving taxis should be dramatically cheaper than regular taxis. This alone will make them very appealing to regular people; but they will also likely be safer, more readily available, and cleaner.

This story highlights why any effort to stop self-driving vehicles from replacing millions of American jobs in the near future is likely to fail. Opponents to automating almost all of our vehicles need to win everywhere, but the companies behind self-driving vehicles need to win in just one jurisdiction. If they can prove the concept in just one place while delivering a truly superior product, it will be almost impossible to stop it from spreading.

Posted by Jon Walker at 8:42 AM No comments: