Pumpkin spice and the ultimate evil 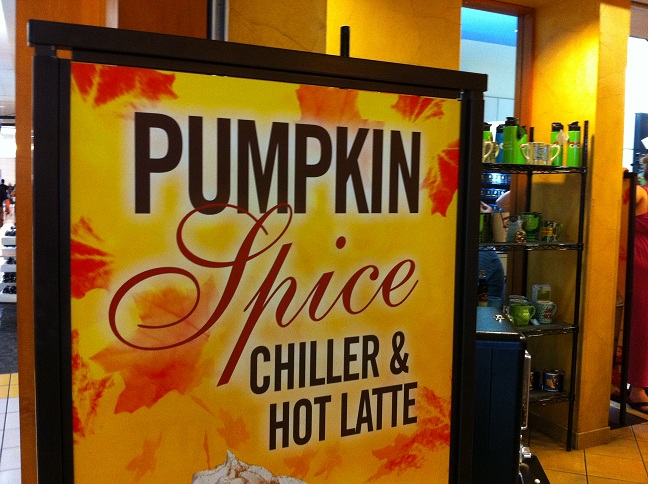 While we are in the heart of the pumpkin spice season, it is worth thinking back to the sordid history of the spices in your latte. What we normally consider “pumpkin spice” is usually a combination of cinnamon, nutmeg, clove, and ginger all sweetened with a generous helping of sugar. It is in the pursuit of these flavors that some of the greatest acts of evil ever were committed.

The hunt for cinnamon, nutmeg, and clove in the so-called “East Indies” is what began and fueled European colonialism. To secure these spices, governments were overthrown, wars were fought, nations were destroyed, colonies built, and whole groups of people were oppressed. Empires rose and fell on the trade of these spices.

Even worse is what was done to secure sugar, part of this popular spice combination. First, the native people of the Americas were enslaved or killed to make room to grow sugar. When they proved no longer a sufficient source of forced labor to meet demand, slaves were brought from Africa. The transatlantic slave trade was primarily about obtaining sugar. Over the centuries millions of slaves were brought from Africa to the Caribbean so they could be worked to death on sugar plantations. Suffering and greed was not limited to one side of the Atlantic. The sugar-fueled slave trade helped produce a near endless state of war in parts of Africa as local slavers needed to create a constant supply of new captives to sell.

It is not an exaggeration to say at one point in time millions of people were dying so some people could enjoy the equivalent of a pumpkin spice treat. I remind you of this history not to make you feel bad about your latte but to provide an example of why at my heart I’m a techno-optimist. While there are still some issues with international farming practices, things are dramatically better than they once were. Thanks to advances in technology, millions of people can enjoy the luxury of pumpkin spiced drinks and desserts without creating massive suffering. It makes me wonder how advances in automation will make the current production of luxuries (such as our cheap t-shirts and cellphones) look horrifying and barbaric to our grandchildren.
Posted by Jon Walker at 7:04 AM No comments:

On a personal note - Freelancing, Novel, Wedding, and Moving

There are a few big personal developments for me. I'm going to be moving to Portland, Oregon at the beginning of January and getting married at the end of February. In addition, while I've been putting the finishing touches on my first novel, I've started to do some freelance writing for different outlets.

Some of my drug policy reporting and analysis is already being featured at Massroots. Two of my articles are currently on their blog:

As a result of all this, my futurist posts here will be a little light for the next few months, but if your organization is interested in hiring me for freelance writing or consulting, please let me know. Similarly, if you have any suggestions, ideas, hints, or opportunities for me when I get to Portland, please send them along.

Thanks for your support.
Posted by Jon Walker at 10:31 AM No comments: