Cobalt Slave is free for next two days only!

My first science fiction novel, Cobalt Slave, will be free for just the next two days on Amazon thanks to a special promotion!

Please consider checking it out, sharing it with others on Facebook/Twitter/Goodreads, and giving it a good rating on Amazon/Goodreads. Just a few reviews make a big difference.
I'm very proud of my first novel, and I'm doing everything I can to raise its profile. Any help would be greatly appreciated.
Posted by Jon Walker at 12:14 PM No comments: 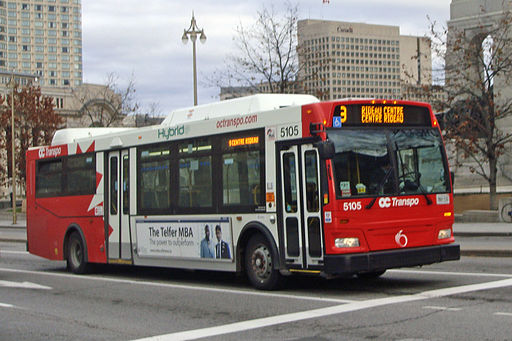 The idea of self-driving cars gets a lot of attention. Even President Obama is calling on the government to spend $4 billion developing the technology. While these vehicles could potentially be a truly transformative product, there is relatively little discussion of the huge intermediate steps that will come first. I suspect the next big thing in transportation, well before true self-driving cars are widely used, will be self-driving city buses.

We are not far away from having cars that can drive themselves most of the time. While this would be a great convenience to many and a huge public health improvement due to the reduction in accidents, it would not be a truly disruptive technology. A car that can drive itself 90% of the time will still need a driver behind the wheel at all times, so the basic ownership/usage paradigm would remain. Getting to the point where a car can be trusted to truly drive itself 100% of the time requires figuring out how to deal with all of our country's dirt roads, heavily pot-holed roads, bad weather, and poorly labeled streets. These vehicles would need to be programmed to handle every mile of the millions of miles of roads in the United States before it will really change the paradigm.

Producing a truly self-driving city bus is a much easier challenge. You only need to program it to handle its one route that is just a few miles long -- a task made even easier if you combine it with bus only lanes. Without the cost and physical limitations of human drivers, cities could run more buses, more frequently, 24 hours a day, and on more routes.

Better, cheaper buses is not the sexiest idea. It doesn't generate as much interest from tech, media or political leaders --since none of them ride public buses-- but it could have huge implications.

To start with, it would improve the lives of millions of low income Americans who disproportionately rely on public transportation. It could also improve job prospects for people in poor areas by making it easier to access employment sites. Helping low-income people is only the tip of the iceberg.

More importantly, good public transit creates a feedback loop, and self-driving buses will probably be the easiest and most effective way to improve it. The better the public transit is, the more people  use it. The more people that use it, the more businesses and developers invest around public transit routes, which in turn makes more people more likely to use said routes. Already we are seeing an increasing desire for living in the city proper and walkable neighborhoods. Self-driving buses could significantly accelerate this trend, with big implications for urban development.


My first sci-fi novel, Cobalt Slave, is now on sale at Amazon.


My first science fiction novel, Cobalt Slave, is now on sale at Amazon!

Cobalt is a basic element necessary for human life, and on New Eden the Public Health Department is the only entity with access to it. This monopoly over cobalt has given the Public Health Department the power over life and death, which has allowed them to rule the planet unchanged for a century. Yet with the advanced technology brought from Earth starting to break down, others both within and from outside see an opening to seize control.

If you have enjoyed my blogging or my policy writing in the past, please consider checking out my novel and leaving a positive review. It is only $2.99 to purchase or you can read it for free if you have a Kindle Unlimited subscription.
Posted by Jon Walker at 11:52 AM No comments:

I want to ask a small favor of all my readers. Please take a second to nominate my first sci-fi novel on Kindle Scout and share it with others.

It is completely free to do, and the more nominations the book gets, the more likely it is to be selected. There are only two days left before the campaign is over!

I hope everyone who has enjoyed this futurist blog and/or my policy work can take a moment to support my writing -- I'd really appreciate it.

Jon Walker
Posted by Jon Walker at 4:05 PM No comments: