No, really: Democrats should offer an AHCA alternative 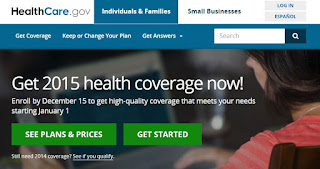 Some people on the left are rightly mocking Sen. John Cornyn (R-Texas) for saying Democrats who don't like the Republican Obamacare repeal-and-replace plan should put forward their proposal. After all, the Democrats' already did: it is the current law.

But this is a good chance to highlight differences and drive home the problems with Trumpcare. While the ACA has gotten marginally more popular during this repeal fight, polling shows almost no one thinks the law is perfect, and most want to see it significantly improved.

Democrats could quickly and easily put out a package based on already-scored ideas that would reduce premiums, increase coverage, and lower the deficit. It would do all the things Trump promised to do during the campaign but is now planning do the opposite of with his current repeal-and-replace plan.

It could simply contain a public option, a drug manufacturer rebate provision, and an improvement in exchange subsidies.

Public Option: Back in 2013, the CBO determined adding a public option would save $158 billion over 10 years and offer premiums 7 percent to 8 percent lower than private plans. It would also ensure there would be a reliable option in the huge segment of the country where the exchanges have only one or two insurers.

Require Manufacturers to Pay a Minimum Rebate on Drugs Covered Under Part D of Medicare for Low-Income Beneficiaries: In 2016 the CBO estimated this would reduce the deficit by $145 billion.

Improve Exchange Subsidies: Democrats can set aside $3 billion to make this plan nominally deficit reducing. They could use the remaining $300 billion in savings to significantly improve exchange subsidies. There are many ways to do that, but I would recommend capping what anyone on the exchange pays for a silver plan at 8 percent of their income -- the same limit used in Switzerland. This would fix the very real and deeply problematic Obamacare subsidy cliff. This should also increase the number of people insured.

Since this is a political proposal with no chance of passing, it makes sense to keep it simple, but it would be a smart move. Even if the Republican bill fails, that is not the end of the fight over health care. Paying for their own health care is the top concern for American families. People want to see change. Putting forward this package would show Republicans want to cover fewer people and provide less help to struggling families while Democrats want to lower premiums and provide more help to middle class families. All Democrats need to do is actually care more about helping people than corporate donors, and they can win the debate.