The Radiologist Protection Act of 2024 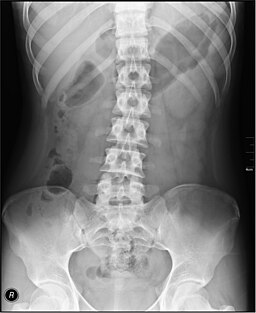 I think the single most telling political fight likely to happen in the near future is how radiologists and pathologists will respond to AI. This is a fight that will help define the future of health care, class, politics, and the nature of employment.

Radiologists are some of the highest paid and most educated workers in the country who are performing a task ripe for replacement by AI. At the most basic level, radiology is about using high-level pattern recognition to diagnose diseases, and pattern recognition is something computers are getting dramatically better at every year. Already, programs can perform as well or better than top doctors in these types of tasks.

According to one study, "The retrospective error rate among radiologic examinations is approximately 30%, with real-time errors in daily radiology practice averaging 3–5%." Given the current error rate among human radiologists and the speed at which technology is improving, it is easy to see how using AI could soon not just be dramatically cheaper and faster but significantly safer.

It might be five years, ten years, or twenty years, but there will be a point where having a human read your test results instead of an AI-powered program will seem even stupider than hiring a person to multiply several large numbers with pen and paper (which was once a common job) instead of using a calculator. It would not just be more expensive but extremely dangerous to use a human.

So far, groups in the health care industry have proven to be very adept at lobbying for laws that protect them from competition or grant them special privileges. That is partly why it is such a rapidly growing segment of the economy with the greatest number of highly paid workers. That is why I have no doubt that when the time comes, radiologists will fight to keep their highly paid jobs either by stopping these programs or requiring a highly paid radiologist to needlessly rubber stamp results from a computer.

I suspect radiologists are probably the single group best positioned to win a fight against being replaced by AI given their wealth, prestige, and lobbying power. Additionally, it is hard to dismiss them with the advice offered to most workers being displaced by technology:  "Just get more education."

If radiologists do get their Protection Act, it will serve as a model for other occupations. Jobs and salaries aren't based on usefulness but on political clout and defined privileges. We could see a future that more resembles a medieval guild-based economy than a free market. If, on the other hand, radiologists lose, I don't see any group stopping the robots.