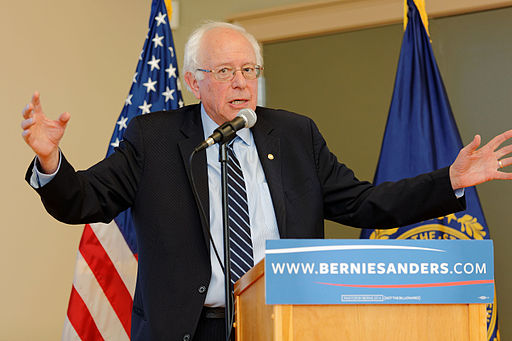 There are many legitimate reasons to criticize a politician's proposal. You can think it will be bad for you, bad for society as a whole, unworkable, too expensive, too invasive, etc... But criticizing a proposal simply because it "won't happen" since not enough other politicians currently support it is beyond idiotic. Sadly, though, this is the logic behind the criticisms -- coming from many Clinton-leaning pundits -- of Bernie Sanders' single payer health care plan.

There was a time abolishing slavery among Western nations was seen as radical and unrealistic, given the truly massive, entrenched money involved in the trade. Yet a few politicians started to advocate the idea. Eventually that lead to a few more, and after a while the disgraceful practice was finally outlawed. Similarly, there was a time when women's suffrage was seen as radical and unworkable since it would depend on men voting to dilute their own voting power. Yet a few daring politicians backed the idea. They got more politicians to back the women's suffrage movement, and eventually we got equality. It has been the same story for basically every major policy change so far, and it will be the same story for any major changes moving forward.

While it is true that not enough members of Congress support single payer for it to currently be approved, the only way to get to that point is to encourage politicians who have officially backed the idea. Then, they will put pressure on other politicians to follow suit. That is why you elect a president who supports ideas you agree with. If you honestly don't think having the president advocate for an idea for eight years won't dramatically change where their party's congressional members stand on the issue, you haven't been paying attention. The New Deal, Civil Rights Act, the Iraq war, and same-sex marriage are all examples of the strong push of a President changing how their party and the country acts.

More importantly, if you claim Sanders' plan is "flawed" because it currently won't pass Congress, then you basically have to admit every single proposal from Clinton or Sanders is equally flawed. The chance of Democrats winning full control of Congress this year is extremely slim, and there is no way the Republican House will vote for any of their ideas.

My first sci-fi novel, Cobalt Slave, is now on sale at Amazon.