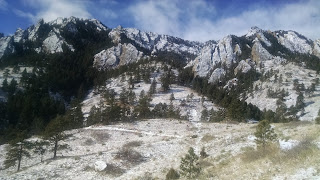 Thanks to the unusual set of rules governing taxes in Colorado, the state is about to perform a natural experiment to test how much marijuana taxes matter to consumers. On September 16th there will be no adult use marijuana excise taxes in Colorado. From Time:


Colorado’s Taxpayer’s Bill of Rights requires voter approval for new taxes. In 2013, a year after legalizing recreational pot, voters approved the 25 percent taxes. But the law requires that any new taxes be waived and refunded if overall state collections exceed projections given to voters when they approved the new taxes.

In this case, the pot taxes were projected to raise $70 million in 2014. They actually raised $58 million, but because overall tax collections that year exceeded projections, Colorado must ask voters for permission to keep the money. And to comply with the requirement that the taxes revert to zero, lawmakers settled on a short one-day tax waiver.

That day is Sept. 16, one day after the state’s books for the previous fiscal year are made final.

One of the biggest policy questions for marijuana reform is what tax rate to set. Many jurisdictions and legalization proposals are focused on trying to find the sweet spot which maximizes revenue but remains low enough to undermine the black market. So it will be very interesting to see by how much legal adult use marijuana sales increase in September and compare that with a few weeks before and after.

There is almost guaranteed to be some spike in sales during this one-day tax holiday, but it would be very informative to look at the data to try to find out why. Does it mainly come from regular customers delaying their purchases a few days for a tax break, or will a significant number of people who have been purposely using the black market to avoid taxes take advantage of this opportunity to go to the legal stores?

If the total sale of legal adult use marijuana for all of September and October simply average out to be roughly the same as other months, then it would probably be safe to conclude any spike in sales on September 16th was mainly caused by people who would have used the retail stores anyway. The net effect would be the same amount of legal weed being sold over this time period. On the other hand, if this one-day tax holiday causes an even larger spike in sales than that, it would indicate the tax holiday caused a significant number of people to at least temporarily use the legal market instead of the black market. That would suggest marijuana excise taxes need to be even lower to really drive out the black market.

Obviously, a one-day tax holiday isn't the best experiment for answering this question, but given how little data we have on legal marijuana tax policy, it deserves some serious attention.
Posted by Jon Walker at 7:45 AM