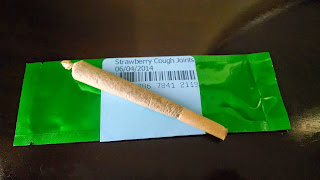 Basic demographic changes, cultural trends, and the growing financial power of the legal marijuana industry are all pushing the country towards legalization. The only development with enough importance to have a reasonable chance of reversing this momentum would be if our limited experiments with marijuana legalization turned out to be policy failures -- or at least are publicly perceived of as failures.

That is why surveys like this new one from Public Policy Polling are so important. From PPP:


Also in 2012 Washingtonians voted to legalize marijuana usage by 12 points. Now voters in the state say they support marijuana being legal by 19 points, 56/37. 77% of voters say marijuana being legal has either had a positive impact on their life or no impact at all, with likewise only 22% claiming marijuana legalization has affected them negatively.

Adult marijuana use been legal for over two years in Washington state and recreational marijuana stores have been open for almost a year. Direct experience with legalization hasn’t turned a majority of people in Washington against it, and they clearly don’t think it has been a policy failure. While it is still possible things might change with even more time for people to experience legalization first hand, it is currently looking very good for reform advocates.

With this new piece of data, it seems increasingly clear it is not a question of if marijuana will be legalized at the federal level, just a question of when and how.
Posted by Jon Walker at 10:41 AM